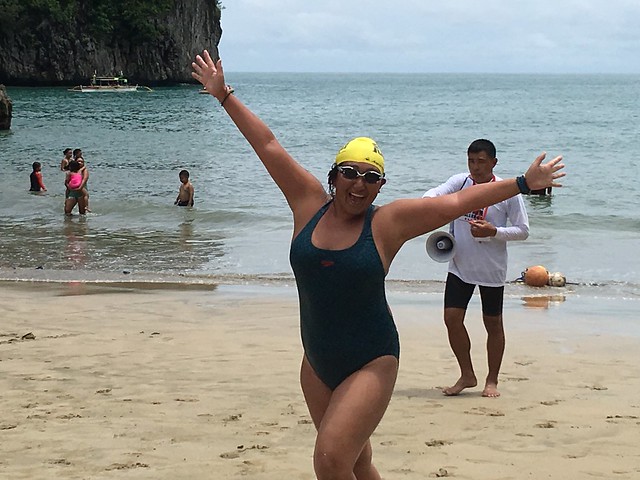 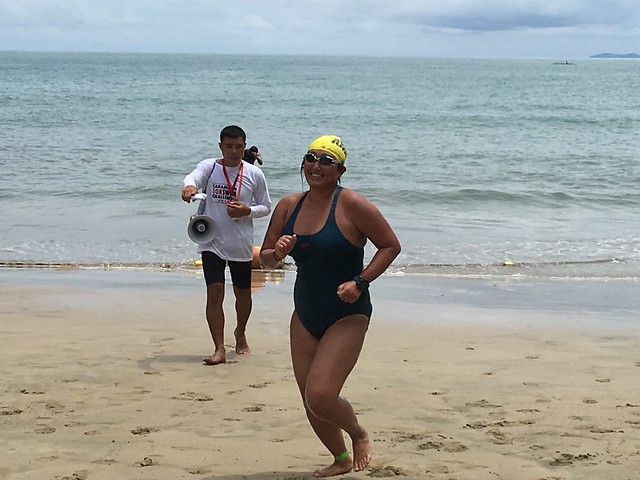 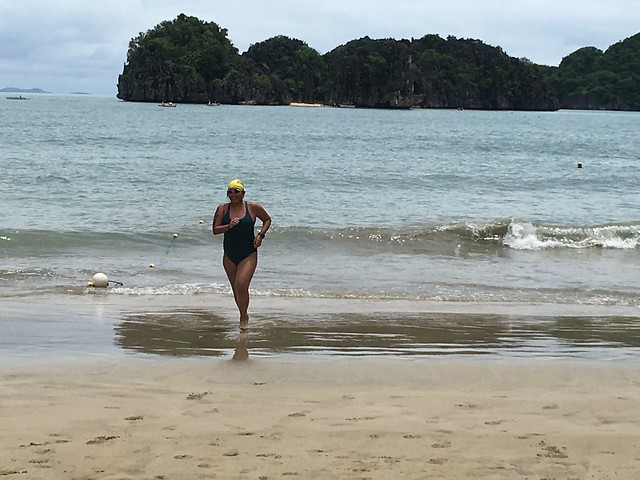 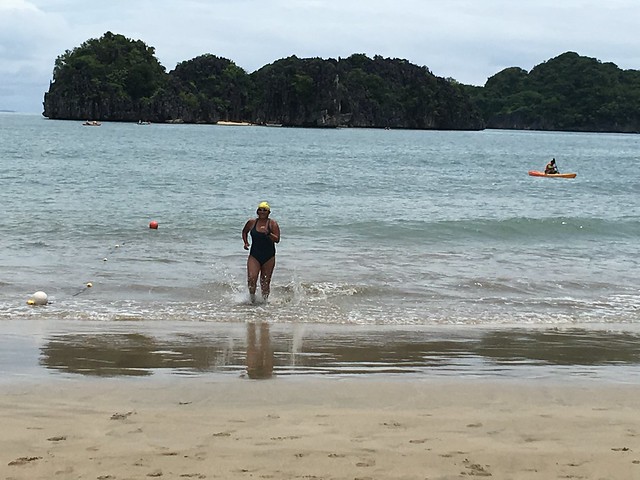 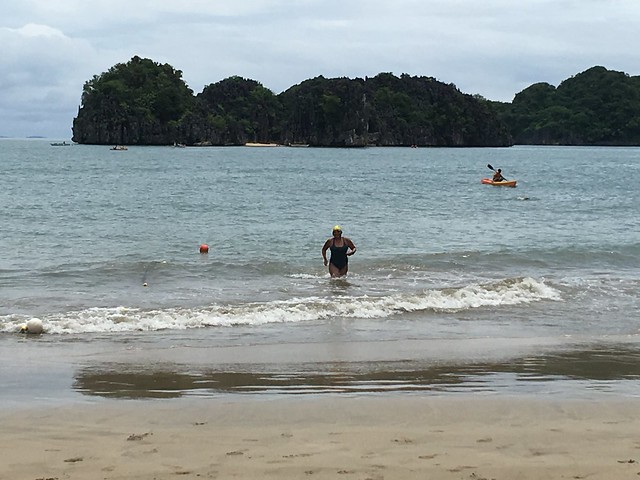 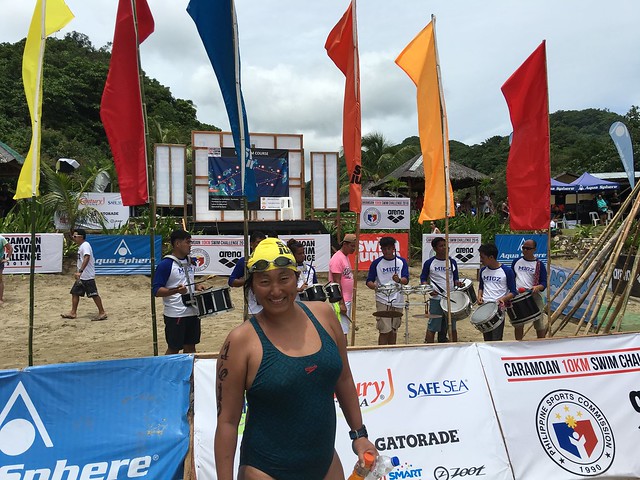 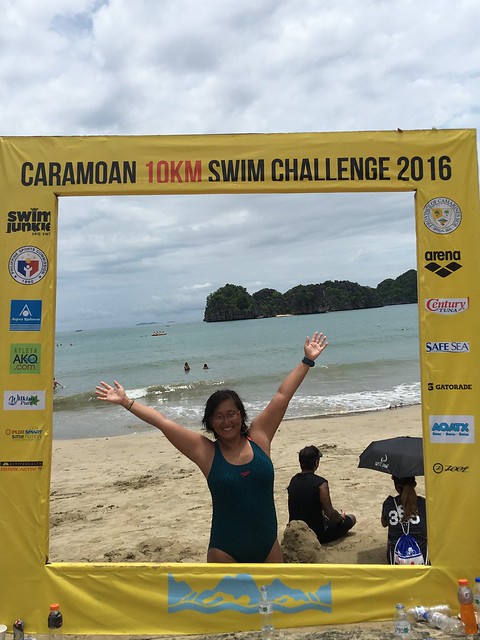 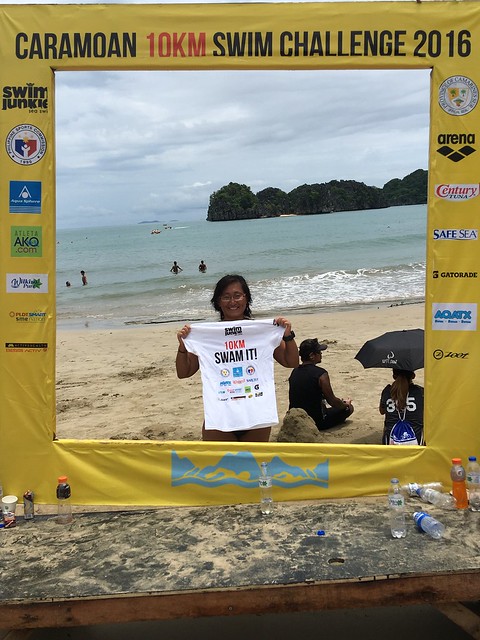 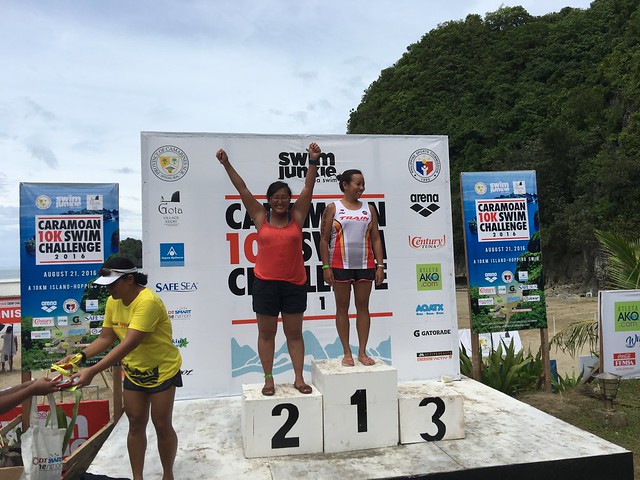 My first DNF in a swim race.
Sadly, after 9 months of training and lot of hours spent in the pool, I was pulled from this 10km open water swim race.
Honestly, it was a race that I did not want to do. I refused on principle simply because of its location, but was talked into by the housemate. He’d done the race before a couple of years ago, and was prepared to do it again. The swim was a point to point swim – from Zushi beach to Enoshima beach in the Shonan Area. The last time I swam at Shonan, this happened to me. I vowed I would never swim in those waters again. Before you know it, I’ve gone and signed up for it.

This was to be my first actual open water marathon swim race. I’d already done an 8km ows, and a 10km pool race (which was probably about the equivalent of 8km in open water). This was going to be one reluctant swim. And 3.5 hours in which to do it.

Tough conditions this year though. I was stung by jellyfish, eaten alive by sea lice, and battled currents. I was unable to make a lot of ground. There was 1km cut off at 20minutes, and then another 5km cut off at 1hr 40min. Water was about 22-23 degrees but felt warmer.

From the get go, it was not a comfortable swim. I was getting stung by sea lice for much of the swim.
Despite being pulled from the swim, I still swam for about 2 hours. I think I got caught in currents and basically either kept going in circles or zigzagging between the buoys. Just shy of the 5km mark, I was stopped. I pleaded to continue, but a pack of us were put onto jetskis and then hauled onto boats. So for about 2 hours I had been swimming and had only covered about 4.5km of the course. I am taking solace in the fact that about over 25% of starters were pulled from the race or voluntarily retired from the race. There were about 100 non-finishers of those that started. The official statistic from the race organisers was that there was only a 73% finishing rate. It was a very tough race. I even know of someone who was pulled at 3.5 hours in. Disappointing for us. JC however did well and finished in just over 3 hours with a time of about 3hr 2min. His previous time for the same race was 2hr 36min. And JC is one of the top swimmers I know.

The race time limit was 3.5 hours. Last year everyone was within that time limit. This year, there were over 80 people with times between 3.5-4 hours, reflecting a much tougher race in tougher conditions. Well done to all those that finished. So many people bore the marks of jellyfish stings. You could see all the jellyfish and another nasty crap as we swam in the water. Do not swim in Shonan waters. Dirty, dirty, dirty.

So what’s it like to be pulled from a race?
I didn’t want to be pulled. I wanted to at least finish the race, no matter how long it took me. I knew I wasn’t yet at the 5km mark, but I also didn’t know how long I had been swimming for. When I was stopped, I had asked what the time was. Ugh. At that rate, I was going to be just over 4 hours. I still wanted to finish, coz at the end of the day, no one wants to retire voluntarily. I had spent months training, so many hours at the pool, paid over 20000yen for the race entry alone, had travelled all the way, gotten up really early to do the race etc. But a little part of me was also relieved, coz I was also suffering from bites and stings. At one point I couldn’t even kick properly because I had gotten stung between the upper thighs so that every time I kicked, it irritated. I basically did a waddle kick with my legs apart for a short while until the stinging wore off.

So we got dragged along in a jetski 2-3people at a time and then hauled onto a boat. There were a couple of packs of swimmers, and two boatloads of people at this time that were brought into shore. We were offered water, blankets etc. Handed in our ankle timer chips, and taken to the port. When we alighted from the boat, they had laid out over 30 pairs of thongs/flip flops for us (only in Japan ay), and provided us with some blankets for the walk back to the finish line where all our luggage bags were located.

I was gutted not to have finished, but it was an extremely tough race that would have taken me over the race time limit.
I don’t plan on a redemption swim for this particular race.

Am sporting a nasty itchy sea lice rash at the moment:

And that’s just the PG-rated photos.

Below is the pictorial race report:

I was amused on the race disclaimer, that in the absence of a hanko (name seal/stamp), they wanted us “foreigners” to give a fingerprint instead:

Because it was a point to point swim, it meant that all our gear was transported from the start line to the finish line. We were given race souvenir bags to put all our gear in. I had been worried about the size of the bags we would be given. I carry a lot of crap to races. The bag was satisfactorily spacious – 55cm x 45cm with backpack straps.

I even paid for a race t-shirt, and I didn’t get to finish the race:

Unfortunately, no finisher’s medal for me.

Saturday morning:
Up very early to prep and fuel. It was a 7am registration kick off for a 9am swim start.

We basically had to head for this island at Enoshima, but then swim into shore:

There were a lot of rescue and lifeguards on hand. It was a well supervised race – plenty of lifeguards, rescuers on paddles, jetskis, and boats out there.

The bouys were pretty much a km apart throughout the course, marked with numbers, counting down the remaining km’s.

At the finish line: unfortunately I didn’t get to run across it:

Have another shorter swim this Saturday at a much cleaner beach. Let’s hope I make it to the finish line.